When it comes to securing your phone using biometrics, we currently have several different options. Face ID, iris scanning, and fingerprint scanning are among some of the most common. with fingerprint scanning the most widely used. Recently, we’ve seen it move from physical buttons and readers to below the glass.

Currently, there are two different technologies used to scan your fingerprint through the display. One, an optical scanner, uses light and the other, ultrasonic, uses inaudible sound waves. While these ultimately achieve the same goal they both do it in very different ways.

Let’s take a look at each.

For now, this is the most commonly used, having shown up in phones from Oppo, OnePlus, Vivo, and others. In order to scan your fingerprint, an optical scanner must first reflect light off of your finger. This is why you’ll notice the screen light up when you touch your finger to the display to unlock.

There are some inherent drawbacks, though. For one, it is easier to fool which makes it less secure. Optical scanners have been shown to be tricked by high resolution photos of fingerprints. If your finger happens to be wet, a little oily, or dirty, it can interfere with the scanning.

Optical scanners can also be slower than the capacitive fingerprint scanners we have seen over the years. They can also be generally less accurate, sometimes leading to a less than ideal experience.

This newer method, first introduced with the Samsung Galaxy S10 family of phones, uses inaudible sound waves instead of light. When you touch your finger to the screen these waves travel through the display and make a 3D map of your fingerprint.

Using sound waves to map the actual ridges of your fingerprint makes this technology much more secure than optical. What’s more, it is also faster and works through dirt, oil, grime, or water.

Whitestone uses a Liquid Optical Clear Adhesive to ensure there is no gap between the screen protector and the display itself. This is both good news and bad news. Personally, I find that Whitestone makes fantastic screen protectors. The bad news is that they are not cheap, starting at $50 for one and $70 for a 2-pack.

Buy from Whitestone Buy from Amazon

As you can see, both in-display fingerprint technologies have their strengths and weaknesses. Optical scanners are more common and will most likely be your first experience with an in display fingerprint scanner. They’re getting increasingly faster and more accurate with each generation and also work with any screen protector.

Save for protecting the screen, Ultrasonic scanners seem to win in most categories. Hopefully, in the future, we will see more affordable tempered glass screen protectors compatible with the faster, more secure technology. Until then you’re going to pay extra for that smooth glass feeling — or use a plastic protector. 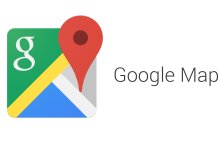 How to use Google Maps offline

How to remap the Bixby button on your Samsung phone